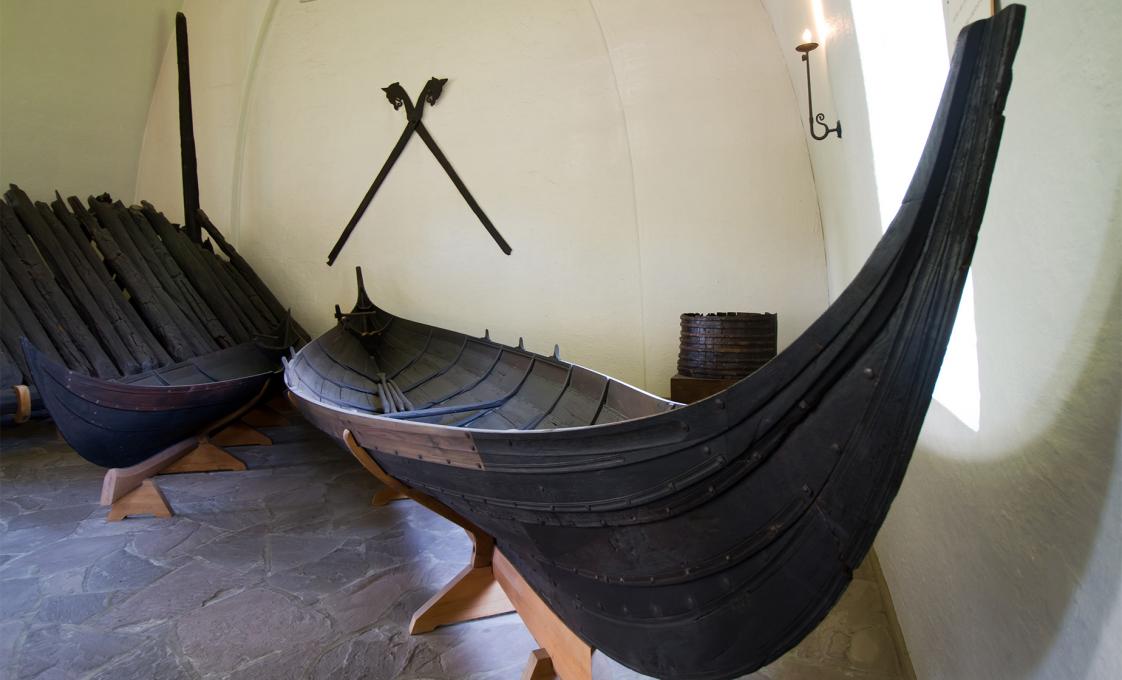 Join this guided tour to see all of the major and must-see attractions in Oslo, including the Vigeland Sculpture Park, the Holmenkollen Ski Jump, the Viking Ship Museum, and the Fram Museum.

This sightseeing tour of Norway will take you to all of the highlights you could hope to see in Oslo. Tour striking locations like Vigeland Sculpture Park, take pictures at the Holmenkollen Ski Jump, and visit the impressive Viking Ship Museum.

Begin with a drive aboard a coach through the city center of Oslo as your guide provides interesting information about the Norwegian capital and its major attractions. Take a guided walk through the Vigeland Sculpture Park, one of Norway's most visited attractions with more than 1 million visitors every year. This unique park is the life work of sculptor Gustav Vigeland (1869-1943), and features more than 200 sculptures in bronze, granite, and cast iron.

Then, visit Holmenkollen Ski Jump, an imposing monument of steel and concrete. One of the first designer ski jumps ever built, it is recognized as the world's most modern ski jump. Enjoy a spectacular view of Oslo and the Oslo fjord from the platform at the top of the ski jump tower.

Explore the impressive Viking Ship Museum, home of the famous Oseberg Ship. The ship, which dates back to approximately 800 AD, is a fine example of Viking shipbuilding, and is remarkably well-preserved. The museum also contains various interesting artifacts from the Viking age, including everyday objects, wood carvings, two other notable Viking ships, and several of the burial goods discovered on the Oseberg Ship.

Enjoy admission to the Fram Museum, which tells the story of Norwegian polar exploration and is centered around the gem of its collection: the Fram. The Fram is a ship that was used in expeditions of the Arctic and Antarctic regions by Norwegian explorers.

Book this guided tour to get a rare look into Norwegian traditions and to learn about Oslo's history and modern attractions!

Price ID: 7618783
Must be Purchased by: May 3, 2024
Tour Type
Group
Group Size
Standard
Activity Type(s)
Cultural, Scenic
Tour Duration
5.5 Hours
Activity Level
Easy
Tour Leaves From
An approximately 10 to 20 minute walk, or an approximately 10-minute taxi ride (not included, approximately 200 NOK, or $20 US, each way), is required to reach your departure location.
Food/Beverage Provided
Not Included
Special Instructions
We recommend wearing comfortable clothing, a jacket, and closed-toe, flat-soled walking shoes. A hat, scarf, and gloves are suggested on cold days.
Restrictions
Guests must be able to step in and out of a tourist coach. Children ages 3 and younger may attend the tour free of charge with advanced notice at the time of booking.
Contact Us
Terms & Disclaimers

Prices, additional fees, itineraries, and availability of this product are subject to change at any time. Please contact us for more information.
If you are interested in an offer, please click on Contact Us . This will open a "Trip Request" that will allow you to send your request to us. We will be able to confirm availability and make further recommendations.
Guests must be able to step in and out of a tourist coach. Children ages 3 and younger may attend the tour free of charge with advanced notice at the time of booking.