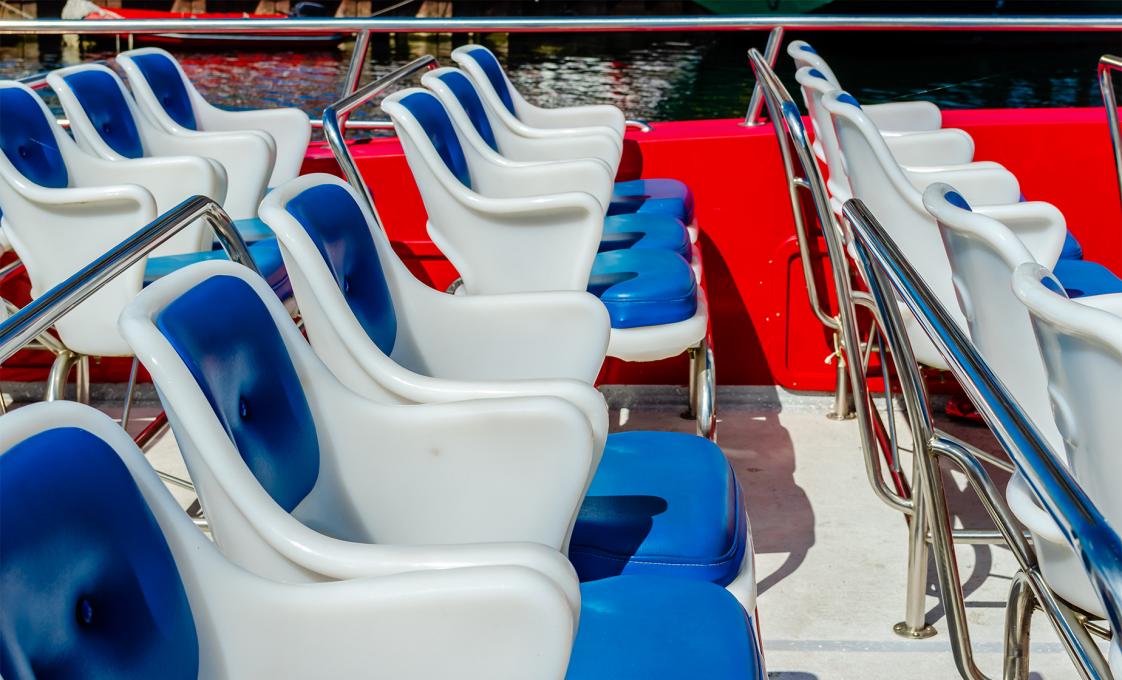 Codzilla is Boston's first and only high-speed thrill boat ride. This vessel is 70' of marine aluminum and bad attitude, seats 110 people and has two powerful turbo-charged diesel engines that drive state of the art water jets. Codzilla has a unique hull design and is capable of thrilling 360-degree turns and spinning on a dime. On occasion, it's hard to hear the crew and custom music over the blood-curdling screams of your fellow voyagers, so Codzilla is equipped with a state of the art sound system and 30 marine-grade speakers to insure proper amplification.

Hold on to your hats. It's Codzilla!

Get ready for more thrills, more laughs, and more speed than you ever imagined, as you zip across the ocean. Don't worry, though; a ride on Codzilla is as entertaining as it is thrilling. The wind roars. The music blares. And the waves will splash during a wet and wild ride of full blast, sensational fun. A lot of people refer to Codzilla as a "Water Coaster," so letting out your best screams as we swerve, curve, spin and rip through Boston Harbor is not only okay, it's encouraged.

With twin turbo-charged diesel engines, Codzilla roams the ocean with 2,800 horsepower (we're not talking sea horses) and blasts you out and around Boston Harbor at speeds up to 40 miles an hour.

Ask all you want, but we won't turn down the music on this ride for anyone. Besides, with music from performers like Bobby Darin, The Standells, and AC/DC, you're gonna want it cranked up.

Price ID: 7621462
Must be Purchased by: May 3, 2024
Tour Type
Group
Group Size
Standard
Activity Type(s)
Cultural, Active, Scenic, Water
Tour Duration
0.66 Hours
Activity Level
Easy
Tour Leaves From
An approximately 5 to 10 minute taxi (not included, approximately $10 US each way) is required to reach your departure location.
Food/Beverage Provided
Not Included
Special Instructions
Although a good soaking can't be guaranteed, Codzilla is a wet ride and you may experience anything from a light saltwater spray to a shirt-wringing splash. As such wearing casual clothing and footwear is recommended. Free waterproof bags and $2 US ponchos are available onboard.
Restrictions
Infants and young children must be able to sit in their own seats and hold on to the hand bar in front of them. Children are not permitted to sit in a parent's lap. The ride can be quite bumpy and guests with neck or back ailments, or other medical conditions that might be affected by this, should not participate. Expectant mothers should not participate.
Contact Us
Terms & Disclaimers

Prices, additional fees, itineraries, and availability of this product are subject to change at any time. Please contact us for more information.
If you are interested in an offer, please click on Contact Us . This will open a "Trip Request" that will allow you to send your request to us. We will be able to confirm availability and make further recommendations.
Infants and young children must be able to sit in their own seats and hold on to the hand bar in front of them. Children are not permitted to sit in a parent's lap. The ride can be quite bumpy and guests with neck or back ailments, or other medical conditions that might be affected by this, should not participate. Expectant mothers should not participate.