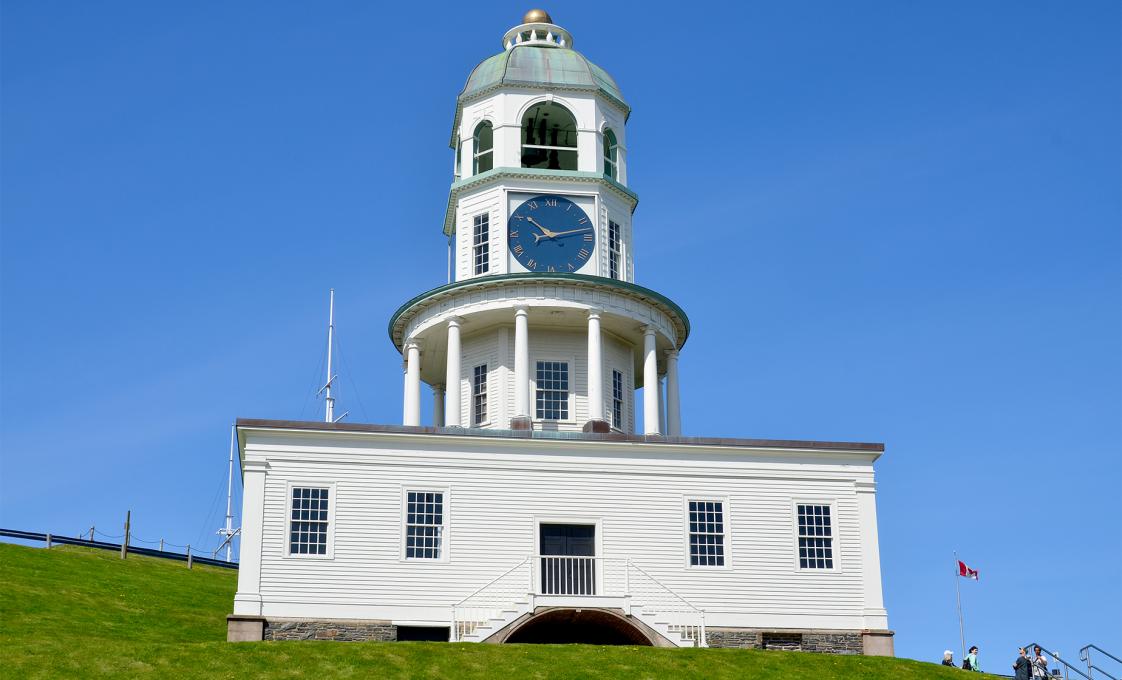 Halifax is compact and thus easily discovered on foot. History is as thick as fog here, and the region has long been a preferred port of call.

Marvel at the extraordinary architecture of Halifax as you stroll through the beautifully restored historic properties on the waterfront. Halifax is the capital of the Canadian province Nova Scotia, and the largest Canadian city east of Montreal. It is an old, vibrant city with several universities and colleges combining to bring a youthful energy.

Discover the historic and modern sites that make Halifax an amazing city. Your guide will share their knowledge of the historical, cultural, political, and military significance of Halifax's landmarks. You'll hear of the tragedies and triumphs that have shaped the character of Haligonians over the centuries and learn why the city is said to be one of the best places to live in Canada.

Halifax is a city with a rich and fascinating history containing historic architecture. Some landmarks reflect its culture, while others its political past, like the House of Assembly. See many Victorian influences, which reflect the city's British heritage. The Mi'kmaq spent the summers here hunting and fishing, and after the city's founding in 1749, sailors would haunt the rough & tumble taverns known as grog shops. Halifax was a key player in many armed conflicts including the War of 1812.

Halifax's rehabilitated waterfront is most inviting and on sunny summer afternoons bustles with tourists enjoying the harbor and business professionals sneaking ice-cream cones. The waterfront walkway is studded with other small diversions, intriguing shops, takeout food emporia, and minor monuments. The waterfront's shopping core is in and around the 3-block Historic Properties, near the Marriott. These buildings of wood and stone are Canada's oldest surviving warehouses and were once the heart of the city's shipping industry. Today, their historic architecture provides ballast for the somewhat precious boutiques and restaurants they now house instead.

Another lively neighborhood runs along Spring Garden Road between the Public Gardens and the library. Here you'll find intriguing boutiques, bars, and restaurants along these 6 blocks, set amid a Bohemian street scene.

Start on the waterfront and make your way to Spring Garden Road where Victorian settings meet award-winning modern architecture with Halifax's new Central Library. At the top of Spring Garden Road is the Halifax Public Garden - the oldest Victorian-style gardens in Canada. From the Public Gardens make your way up Citadel Hill, the major landmark of the city. A stone fortress looming over downtown from a grassy height where a view from atop will give you an impressive overall picture of the surroundings. From Citadel Hill make your way downhill passing the Old Town Clock, City Hall through the Grand Parade, past Province House to the Harbor-front and the end location of the tour.

Prices, additional fees, itineraries, and availability of this product are subject to change at any time. Please contact us for more information.
If you are interested in an offer, please click on Contact Us . This will open a "Trip Request" that will allow you to send your request to us. We will be able to confirm availability and make further recommendations.
This walking tour is not recommended for guests with limited mobility. The tour route includes walking uphill and inclines.